Boy Swallows 54 Magnetic Balls to See if He Turns

Boy almost died when he swallowed 54 magnets to see if he could become magnetic. 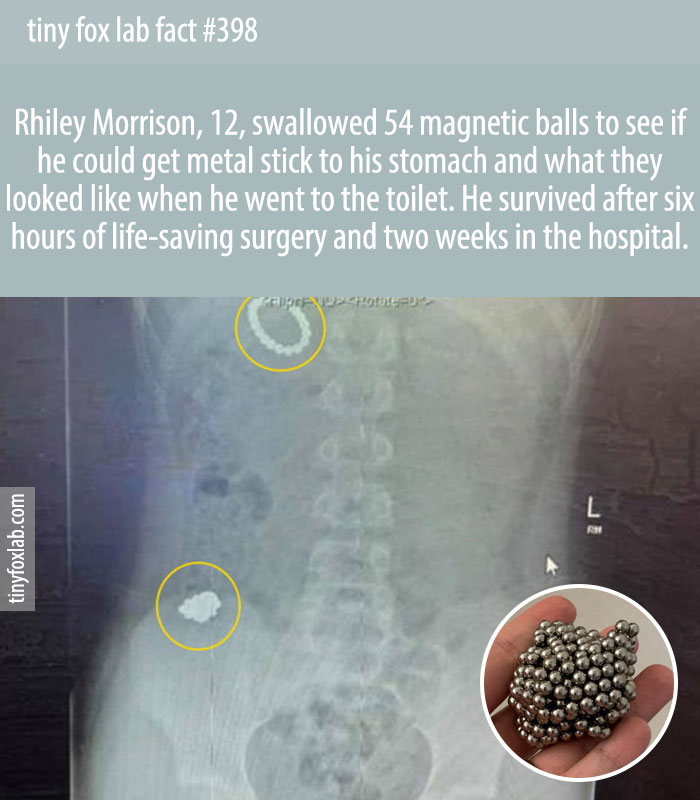 Rhiley Morrison, 12, swallowed 54 magnetic balls to see if he could get metal stick to his stomach and what they looked like when he went to the toilet. He survived after six hours of life-saving surgery and two weeks in the hospital. – Tiny Fox Lab Facts