Donald Trump Was a Democrat 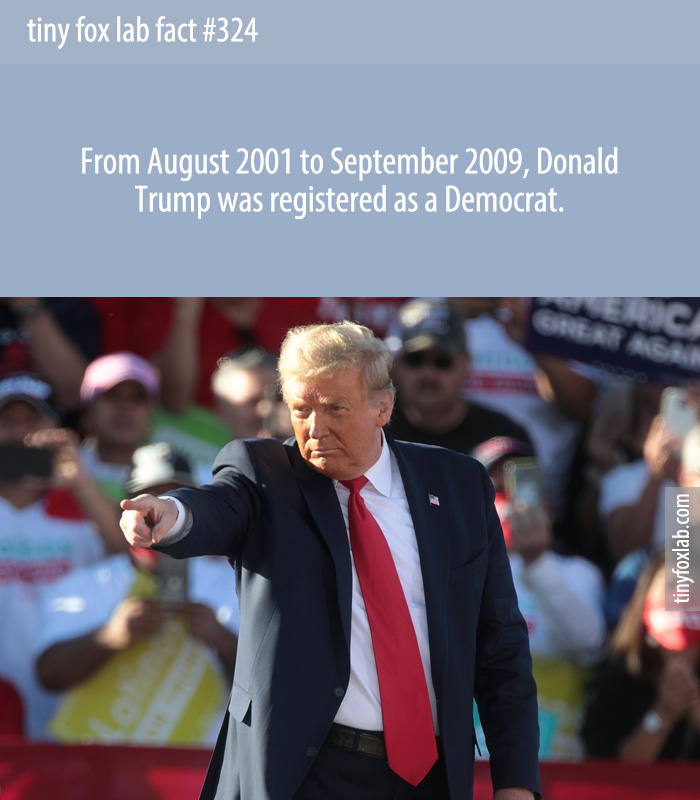 From August 2001 to September 2009, Donald Trump was registered as a Democrat. – Tiny Fox Lab Facts

Political activities up to 2015. Trump’s political party affiliation has changed numerous times. He registered as a Republican in Manhattan in 1987, switched to the Reform Party in 1999, the Democratic Party in 2001, and back to the Republican Party in 2009.