The Dog Mayor of Rabbit Hash 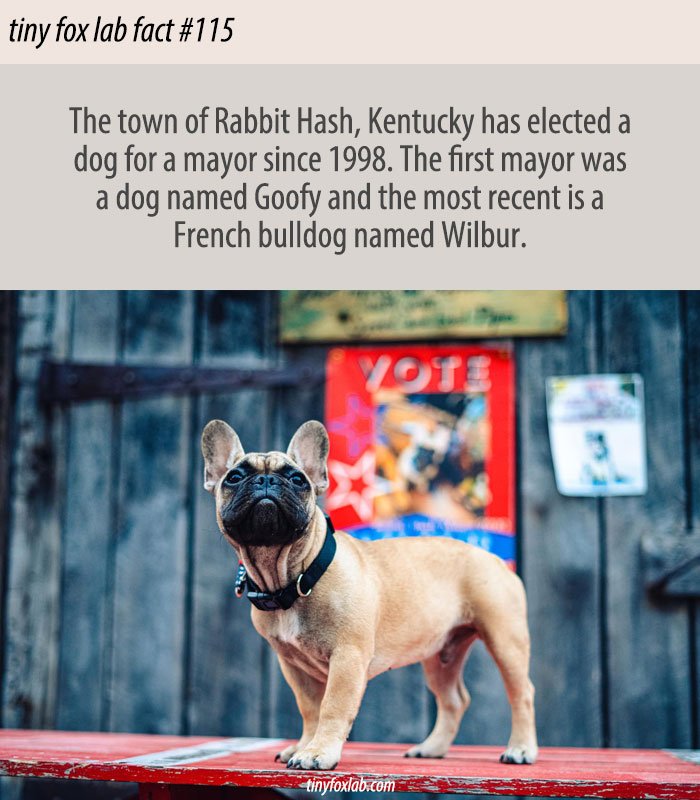 Rabbit Hash, Kentucky, has never had an actual person or human as a mayor. There have been six dog mayors of Rabbit Hash since the first, Goofy. The last mayor, a French bulldog named Wilbur. The tradition emerged in the late 1990s. – Tiny Fox Lab Facts