The Incredible Story of Charles Lightoller

The 'Titanic' Officer who Saved Soldiers from the Shores of Dunkirk. 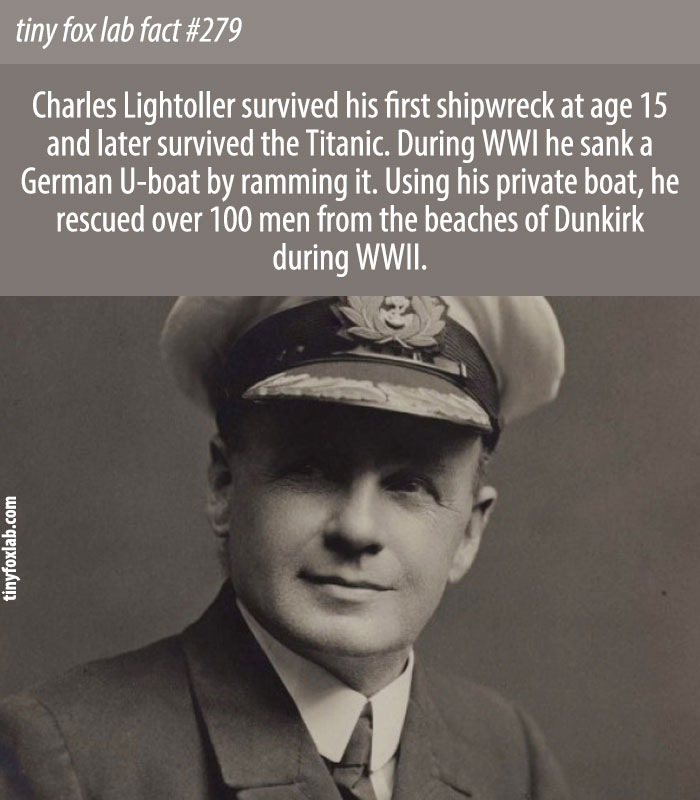 Charles Lightoller survived his first shipwreck at age 15 and later survived the sinking of Titanic. During WWI he survived an encounter with a zeppelin, and sank a German U-boat by ramming it. As a civilian he also rescued over 100 men from the beaches of Dunkirk during WWII. – Tiny Fox Lab Facts