Bees were able to recognise shapes by sight that they had only felt, and vice versa. 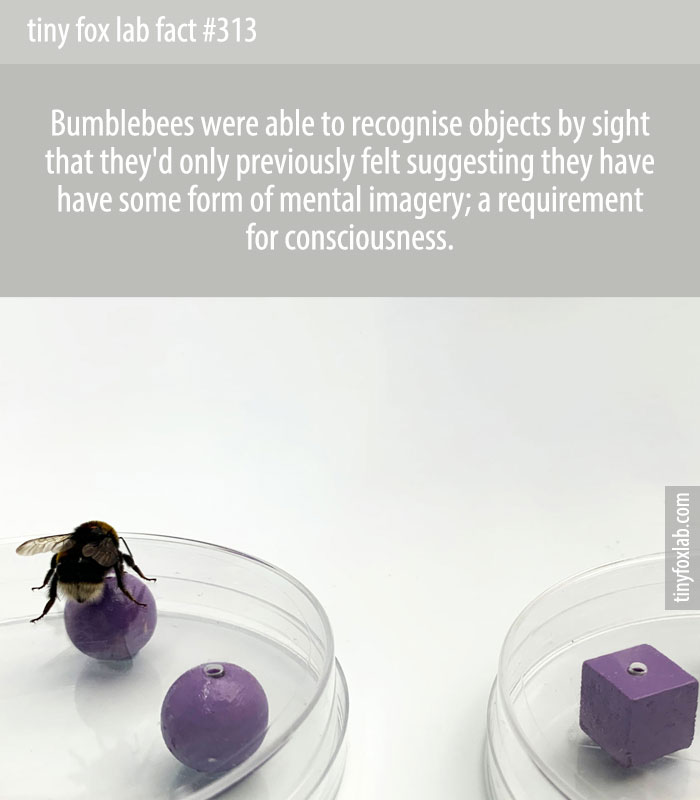 Bumblebees were able to recognise objects by sight that they’d only previously felt suggesting they have have some form of mental imagery; a requirement for consciousness. – Tiny Fox Lab Facts

Scientists think this ability — called cross-modal object recognition — exists at least partly because we are able to imagine the object in our brain, a skill that is a “building block” of consciousness.