A Bullwinkle puppet provoked thousands of kids to break their TV sets. 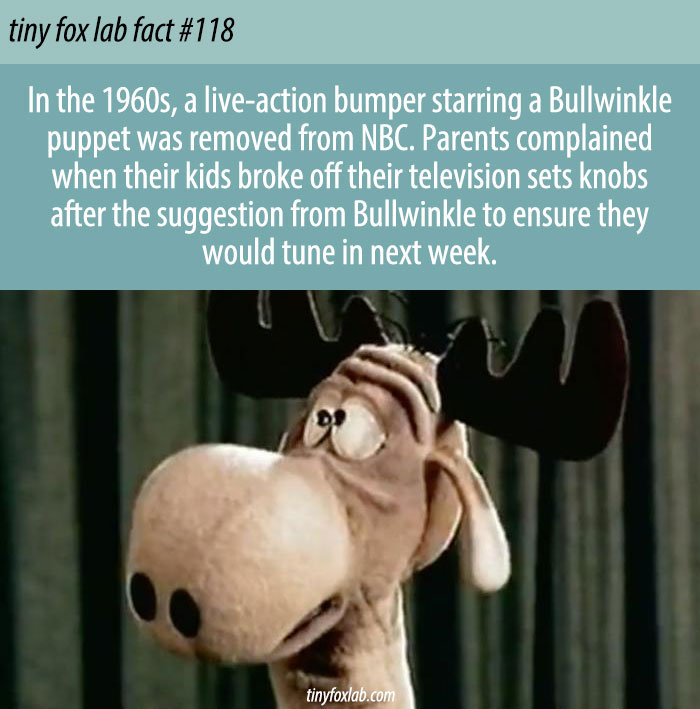 After moving to NBC, the toons featured live-action bumpers starring a Bullwinkle puppet. The moose found himself in hot water in the early 1960s when he encouraged kids at home to tear the knobs off their television sets. Of course, children went and did just that in approximately 20,000 homes, causing a flood of complaint letters. The puppet lost his job after that. – Tiny Fox Lab Facts