Boiling Lobsters Alive Should Be Banned

The Swiss say it's cruel and lobsters can sense pain. 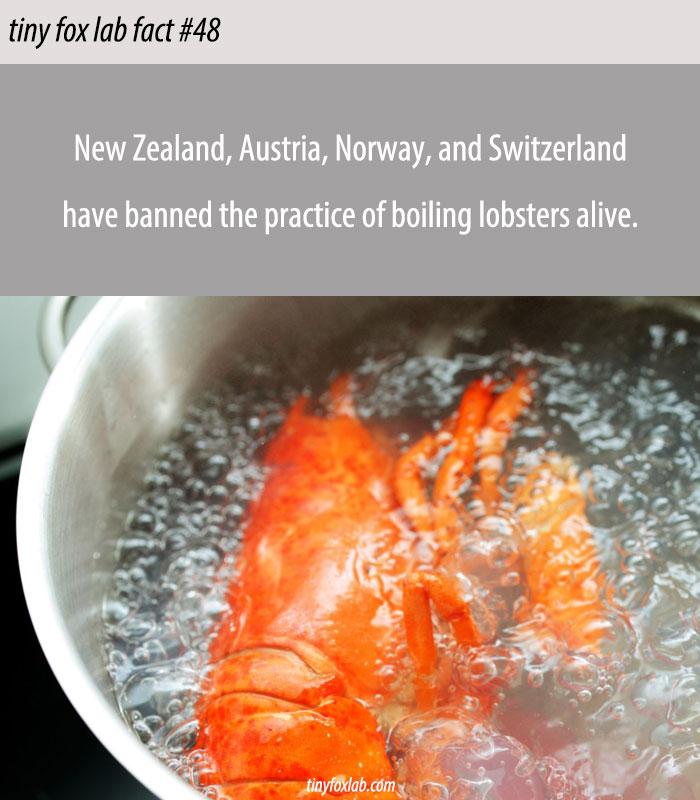 In fact, boiling lobsters alive has been outlawed in the United States since at least 1999.