In 1921, Bessie Coleman became the first black woman in the United States to earn a pilot's license. 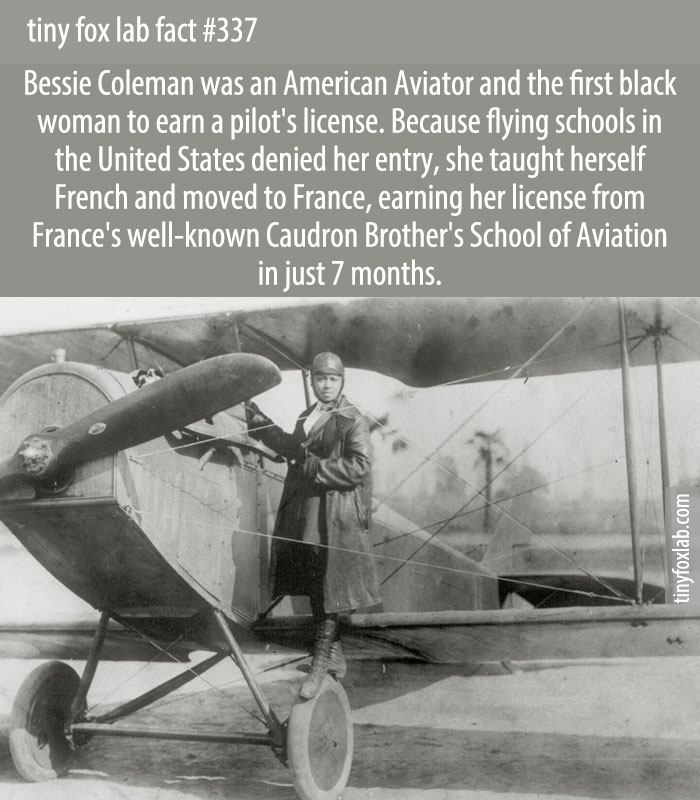 Bessie Coleman was an American Aviator and the first black woman to earn a pilot’s license. Because flying schools in the United States denied her entry, she taught herself French and moved to France, earning her license from France’s well-known Caudron Brother’s School of Aviation in just 7 months. – Tiny Fox Lab Facts

Boiling Lobsters Alive Should Be Banned
How long is an Aeon in Buddhism?
The World’s Greatest Ski Race
Disabled Man Wins Suit Against Chipotle