Beer No Longer Considered a Soft Drink in Russia

Russia didn't consider beer to be an alcoholic beverage until 2011. Before then it was classified as a soft drink. 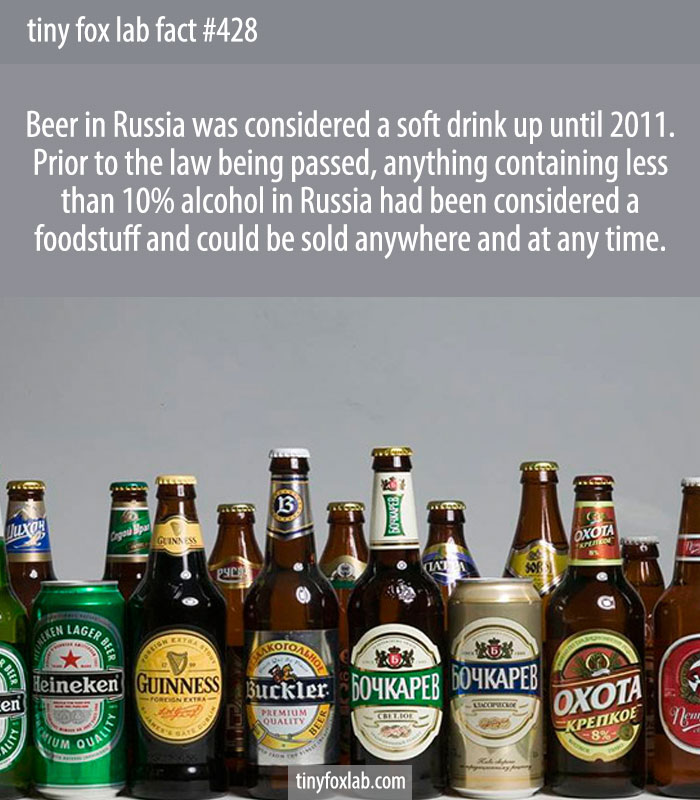 Beer in Russia was considered a soft drink up until 2011. Prior to the law being passed, anything containing less than 10% alcohol in Russia had been considered a foodstuff and could be sold anywhere and at any time.