He is a fascinating figure, even if you don't take into account his strange death. 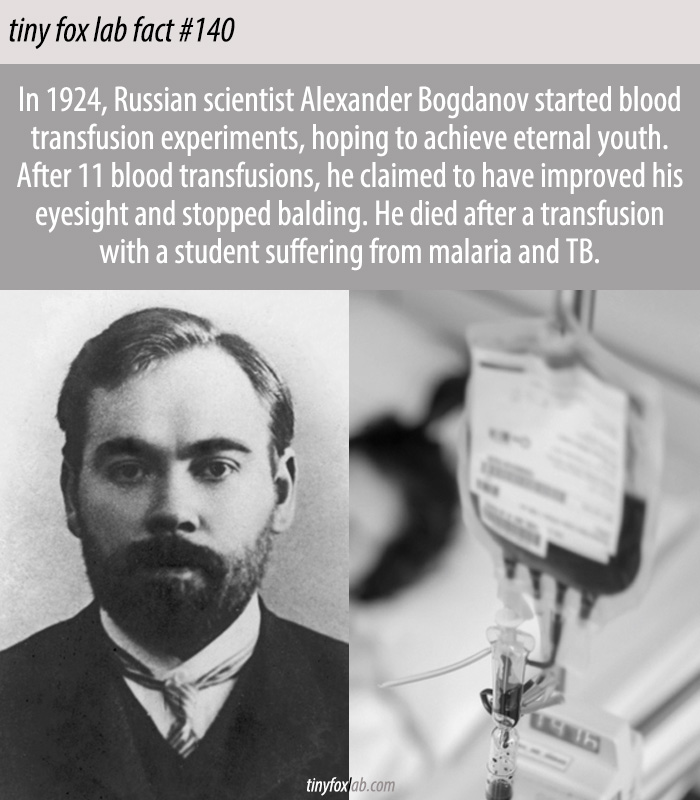 In 1924, Russian scientist Alexander Bogdanov started his blood transfusion experiments, apparently hoping to achieve eternal youth or at least partial rejuvenation. After undergoing 11 blood transfusions, he remarked with satisfaction the improvement of his eyesight, suspension of balding, and other positive symptoms. But a later transfusion cost him his life, when he took the blood of a student suffering from malaria and tuberculosis (Bogdanov died, but the student injected with his blood made a complete recovery). – Tiny Fox Lab Facts

Lenin’s sister Maria Ulyanova was among many who volunteered to take part in Bogdanov’s experiments.