The Story of the 1904 Olympic Marathon

The 1904 Olympic marathon is widely remembered as the worst marathon in history. 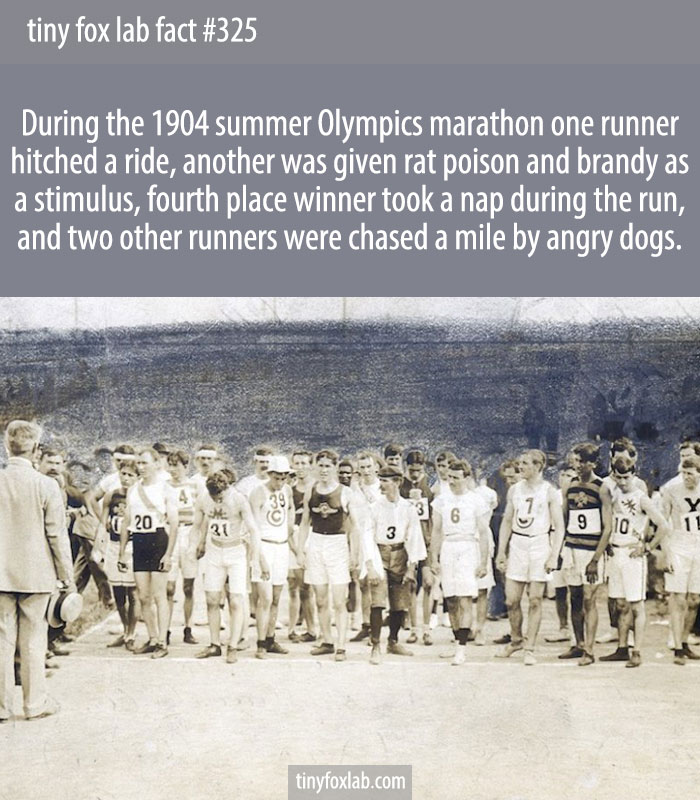 During the 1904 summer Olympics marathon one runner hitched a ride, another was given rat poison and brandy as a stimulus, fourth place winner took a nap during the run, and two other runners were chased a mile by angry dogs. – Tiny Fox Lab Facts