For when you want a little break from humans for a bit.

#1 Cats don’t think of us as humans. Instead, they see us as equals, just like other cats 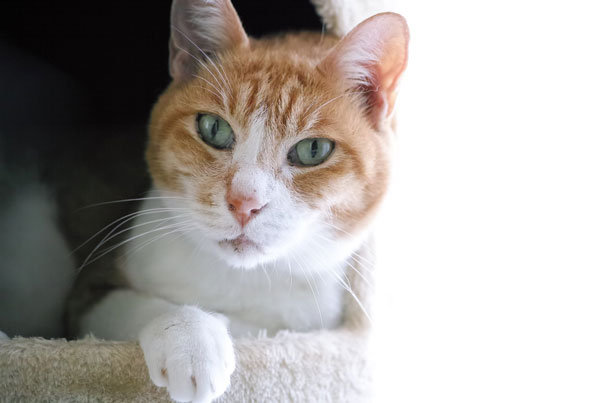 By nudging you with their heads (bunting) they’re actually greeting you as they would another member of their cat family. This means that to them we’re probably the ugliest, biggest, and clumsiest cats they’ve ever seen but they accept you into their family and love you anyways.
kamanabe / Via flickr.com

#2 Tiger populations are on the rise 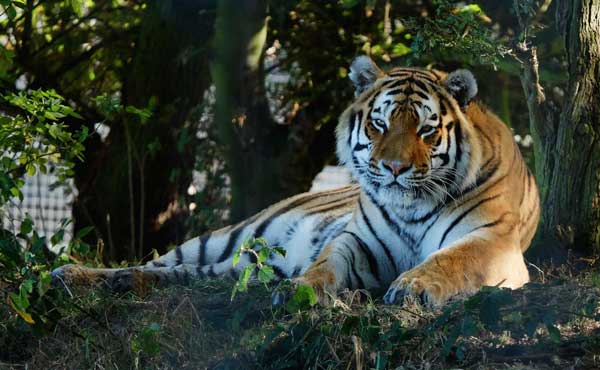 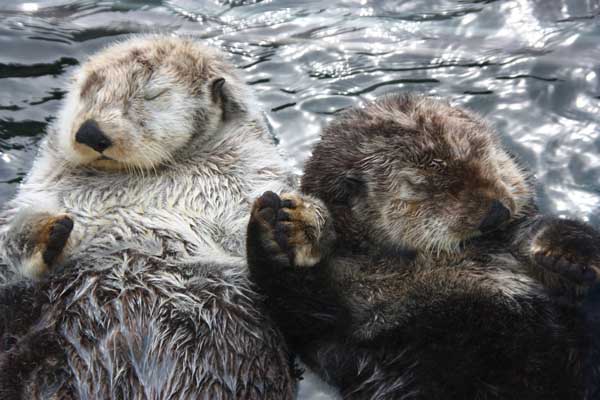 #4 When a baby elephant is born, other mothers in the social group will trumpet to celebrate or announce the baby’s arrival 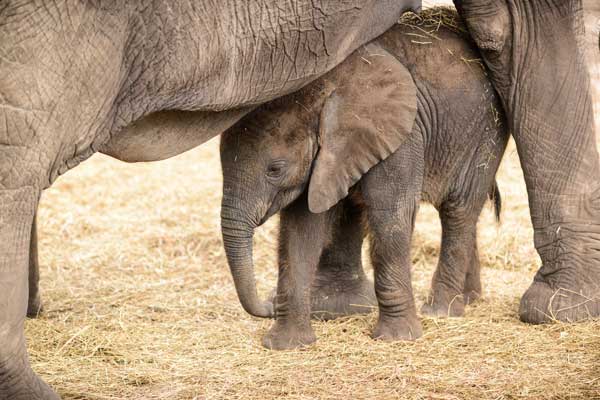 Elephants tend to stay in close “family” groups for their whole lives, which are generally made up of female elephants (the males often leave the group to go mate, but sometimes group up with other solitary males). So other female elephants are often present for new births.
Eric Kilby / Via flickr.com 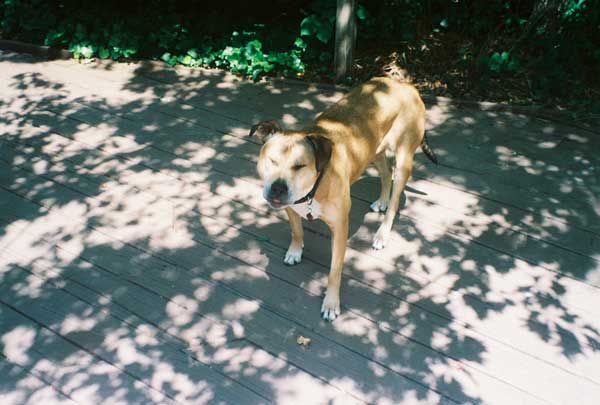 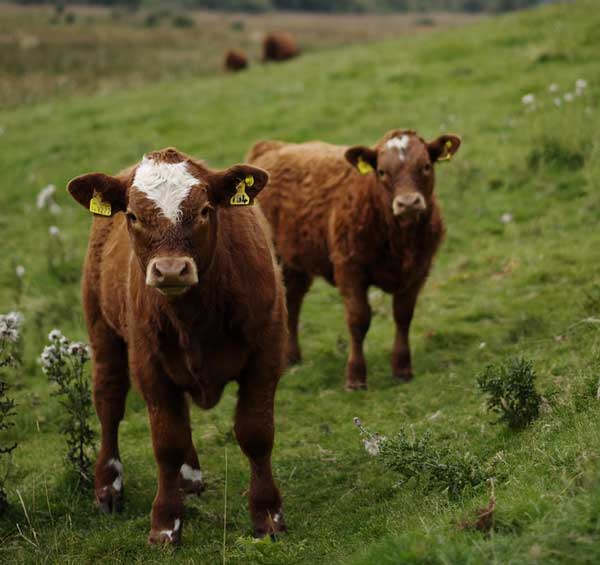 A study from Northampton University found that when cows were paired with another cow that shared a social bond with them, their heart rate was lower and they were more relaxed while they were penned.
Neil Williamson / Via flickr.com

#7 There’s an abandoned minefield that has accidentally created a penguin sanctuary. The mines keep poachers out, but the penguins are too small to set them off. 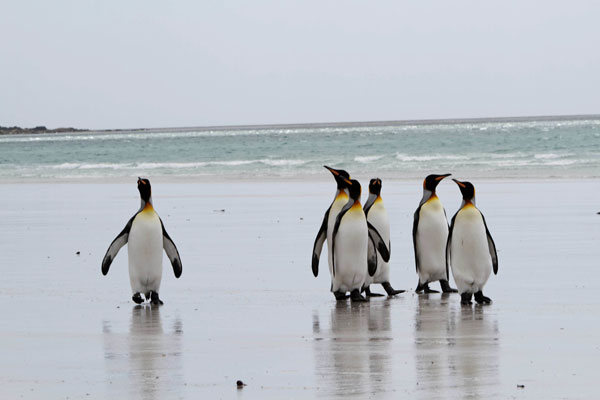 The mines were set on the Falkland Islands when Argentinian commandos occupied the territory in a 1982 conflict with British forces. Since then, Magellanic penguins have thrived in the area. And because the areas are well-marked and fenced off, no civilian has been injured by the mines, either.
Ronald Woan / Via flickr.com 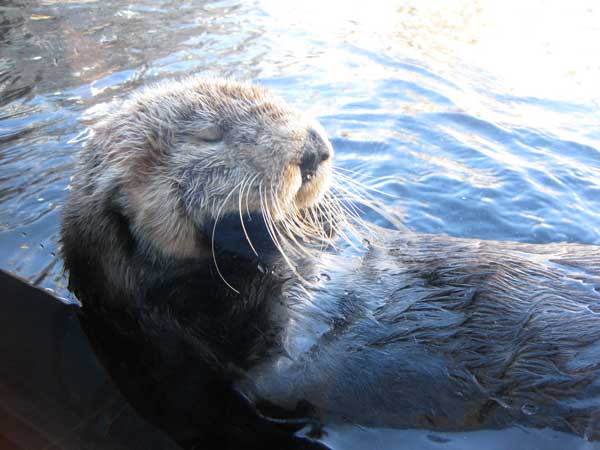 If that’s not cute enough for you, they keep the pebble in the pocket that forms of the skin folds of their armpit.
Mike Beltzner / Via flickr.com

#9 Your dog probably dreams about you. 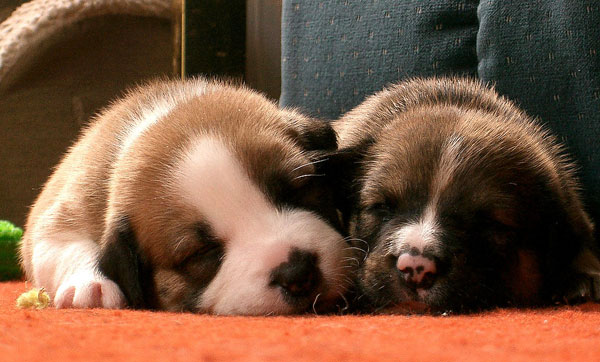 #10 There are little tiny harvest mice that sleep inside flowers. 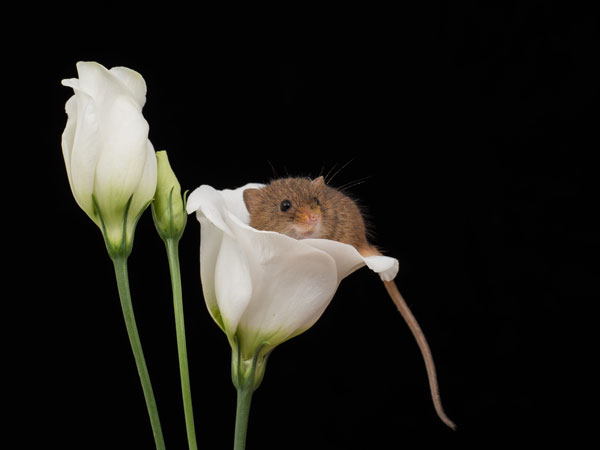 #11 Pandas are no longer considered an endangered species 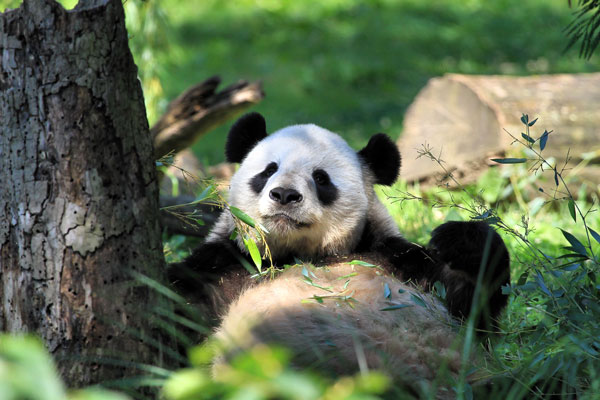 Also, being a professional panda caretaker is one of the highest paying jobs in China, if I remember correctly, their average salary is about $32.5k.
Ken_from_MD / Via flickr.com 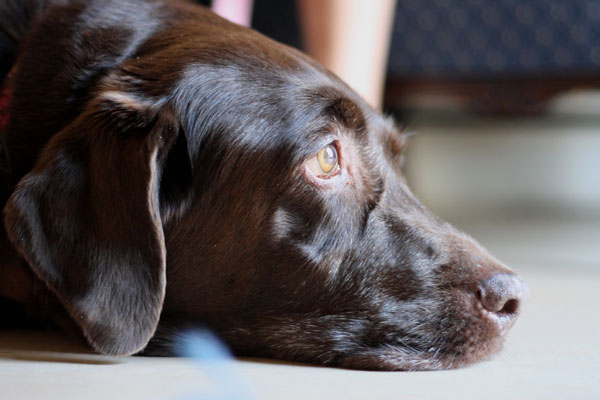 Ever wondered how your dog seems to be able to tell time accurately? If you or someone you live with has a daily routine, your dog might go linger by the door or start looking out the window right before their human is due home because they can smell how much your scent has deteriorated in your absence.
Derek Bruff / Via flickr.com 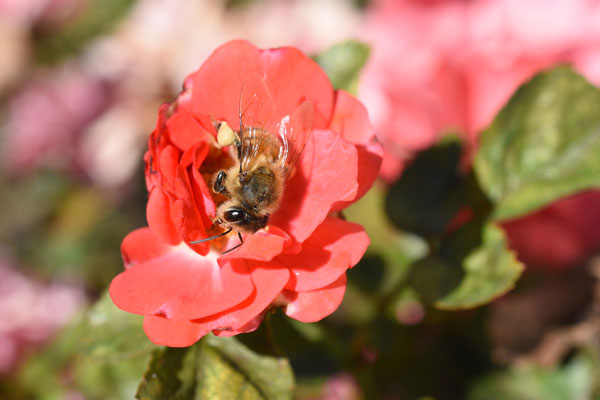 #14 Dolphin mothers sing to their babies while they’re in the womb. 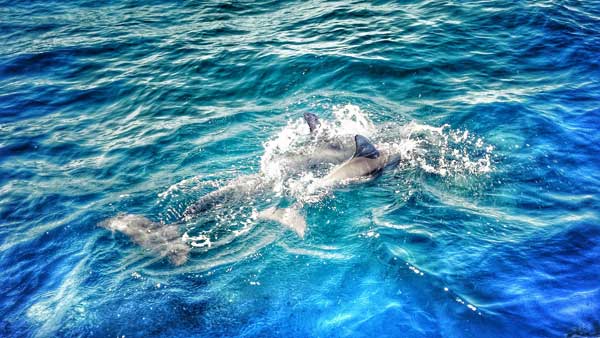 According to a study at the University of Southern Mississippi, dolphin mothers will make a “signature whistle” for the benefit of their calf while it’s in the womb. This whistle is thought to act as a sort of “name” for the mother, allowing the calf and mother to locate each other easily once it’s born. After the calf is born, other nearby adult dolphins will whistle less, likely to help the calf learn and use the right whistle.
Tom Dennis Radetzki / Via flickr.com

#15 When dogs appear in movies and tv, sometimes they have to have cgi tails because they wag too much during the scene 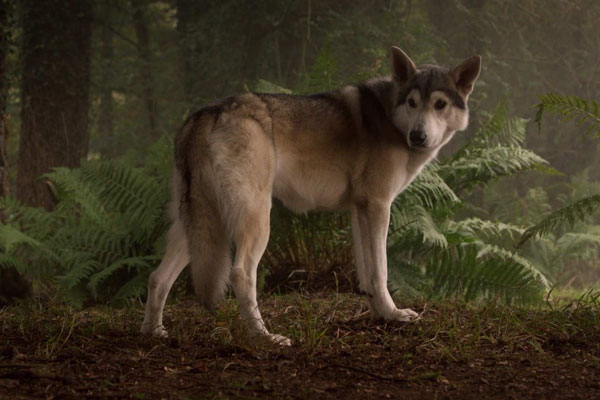 This happened during filming of The Lion, the Witch, and the Wardrobe, when some husky dog actors didn’t look “menacing” because of their happily wagging tails. It’s possible that they were wagging because they knew they were doing a good job at their acting tasks. The same happened while filming “White Fang” and “Game of Thrones”.
HBO

#16 Ravens can remember faces and you can befriend them 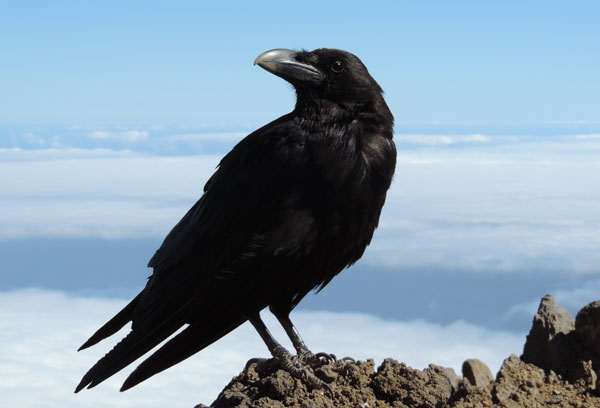 Of course, befriending them will require some bribing with food. But they will later recognize you and fly over. Worth it!
Supermum1 / Via flickr.com 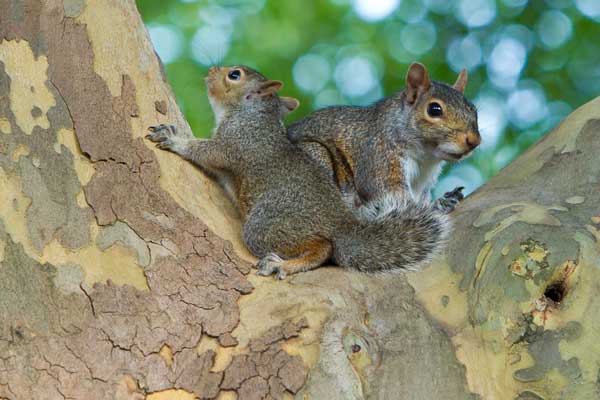 #18 Your dog actually loves you, not just because you give them food and walks 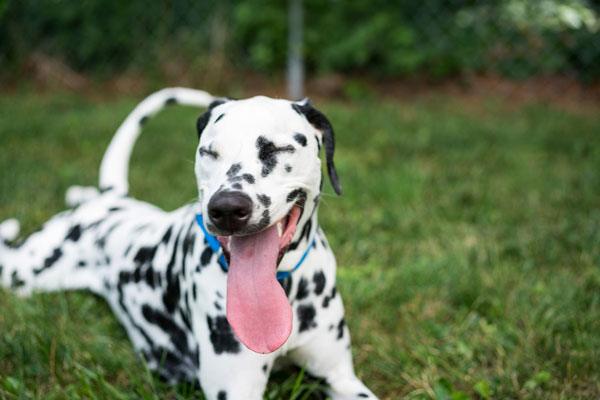 Studies that measured oxytocin levels, heart rates, and other biometrics showed that levels of bonding hormones rose and heart rates fell in both humans and their dogs after interacting with each other. In other words, when you pet your dog, both of you produce more of the same hormone in your brain that makes you fall in love with people, and both of you relax more.
Aaron Gaines / Via flickr.com

#19 Goats and cows have accents 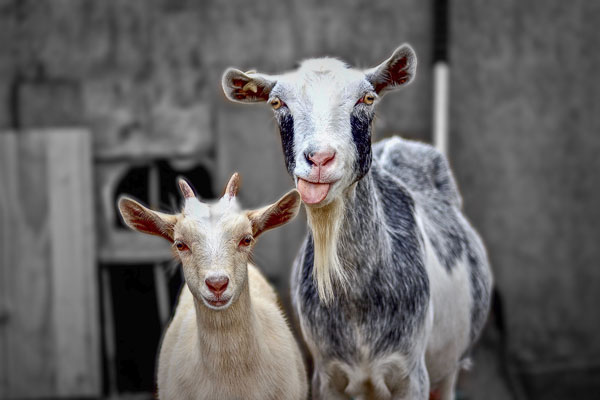 Cows tend to moo differently depending on the region they live in. It’s similar for goats, but goats will also adopt a new “accent” if they hang out with new goats for a while.
Steve Bates / Via flickr.com

#20 Penguins not only mate for life, they will also spend time to find a beautiful pebble for their mate and then “propose” with it 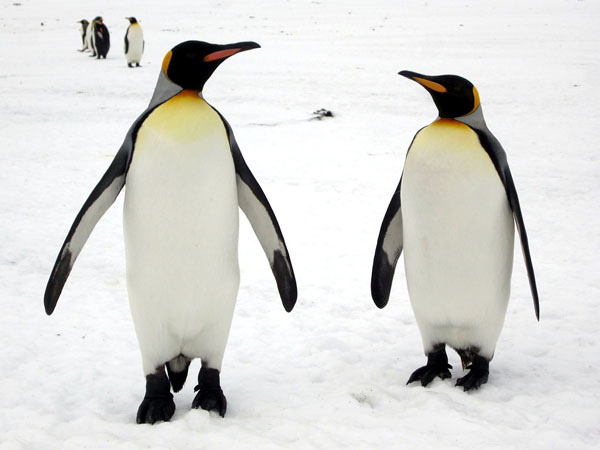