No matter what we say, there are people who will understand it all wrong.

#2
My wife said: “Please go to the store and buy a carton of milk and if they have eggs, get six.” I came back with 6 cartons of milk She said, “why in the hell did you buy six cartons of milk?”
“They had eggs”
Zombie_Jeebus / Via twitter.com

#3
One time I asked my husband to boil water so I could make spaghetti. He put the pot of water on the stove, watched it until it started to boil, and then turned the stove off.
MarronMarvel / Via twitter.com 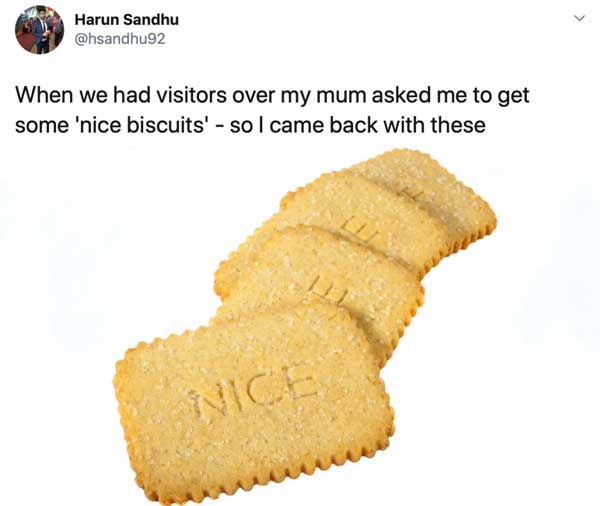 #6
When I was a kid my mother popped out while cooking. She was boiling some potatoes. She said “Watch the potatoes” as she left. I watched them. They burnt.
pumps1000 / Via twitter.com

#7
I was 16. My grandmother just had a heart value replaced so she asked me to sweep under the bed. When I came back with an empty dustpan she asked where dirt was. I said under the bed. She laughed so hard we thought she was gonna pop that valve…
MatthewOPersico / Via twitter.com

#8
At 8, I ordered my entree and the waiter asked if wanted Super Salad.
I said yes.
He said Super Salad?
Yes!
He then asked Salad or Soup.
Ohhhhh.
RalphWCarpenter / Via twitter.com

#9
In a school cookery class the recipe called for 1oz currants, so I started counting them. Teacher came over and just poured some out. I was AMAZED that she could judge 102 currants by eye.
pjie2 / Via twitter.com 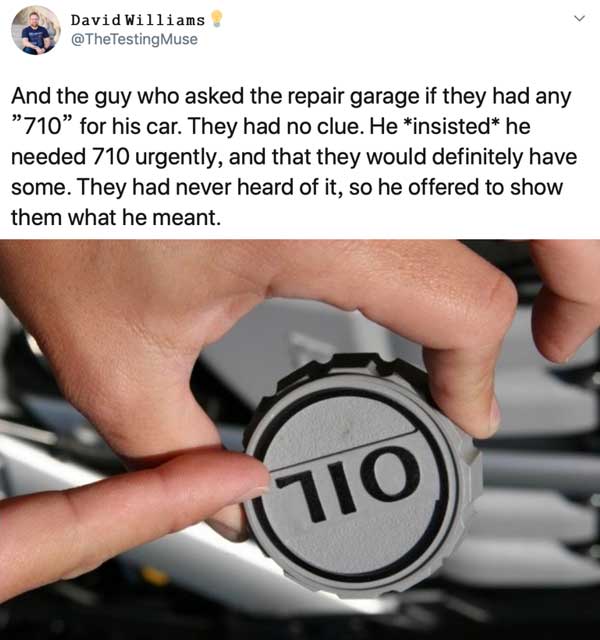 #11
As a kid, I remember going to the doctor & he said to me how’s your stool?
I patiently told him we had chairs & they were all fine.
CrockfordPaul / Via twitter.com

#12
Husband and I reminiscing about the time I texted him on my way home:
“Can you start cooking those sausages?” Then added < 3 as a cute little heart.
He cooked 2 sausages.
AzureDoo / Via twitter.com

#13
My toddler was about to hit her head on a bar at the playground so I told her to duck and she quacked at me.
And then hit her head.
michimama75 / Via twitter.com

#14
On a shopping list – next to fruit and veg, I write ‘check dates’. My husband comes home with a beautiful box of Moroccan dates.
EmmaEaston5 / Via twitter.com 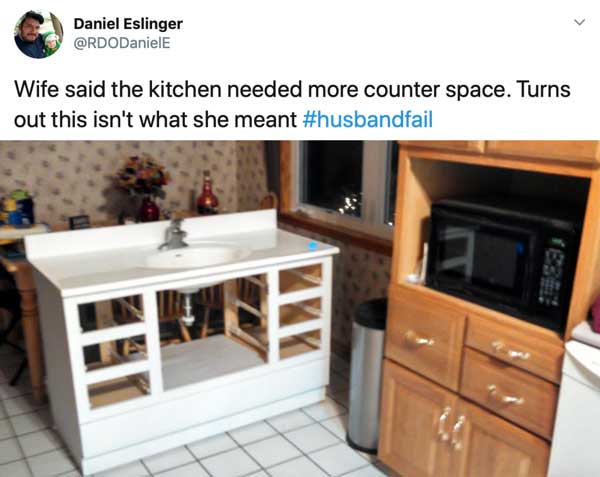